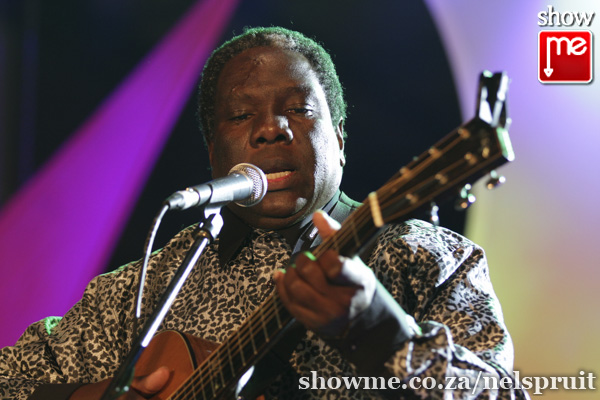 Vusi Sidney Mahlasela Ka Zwane (born 1965 in Pretoria) is a Sotho South African singer-songwriter who will be performing on Saturday evening at the Route 40 music festival.

His music is generally described as “African folk” and he is often dubbed as “The Voice” of South Africa. His work was an inspiration to many in the anti-apartheid movement. His themes include the struggle for freedom, and forgiveness and reconciliation with enemies. Vusi has released seven studio albums on Sony in South Africa and was signed to Dave Matthews’ ATO Records in 2003. Vusi can also be heard performing on Warren Haynes’ Live at Bonnaroo release during the song “Soulshine”, and the Dave Matthews Band song, “Everyday”, from the album of the same name as well as a live version of the song with him which appears on the album The Best of What’s Around Vol. 1. Vusi was also one of the performers at the Live 8 concerts and at Live Earth. Vusi performed at Nelson Mandela’s inauguration in 1994 and has subsequently performed at Mandela’s 90th Birthday 46664 celebration in Hyde Park, London in 2008 and at Mandela Day at Radio City Music Hall July 2009. His song “When You Come Back” was used at ITV’s theme song for their World Cup coverage in 2010 and Vusi performed at the FIFA World Cup Kick Off concert at Orlando Stadium in Soweto, South Africa. In 2012, the SAMA Awards honored Vusi with a lifetime achievement award.