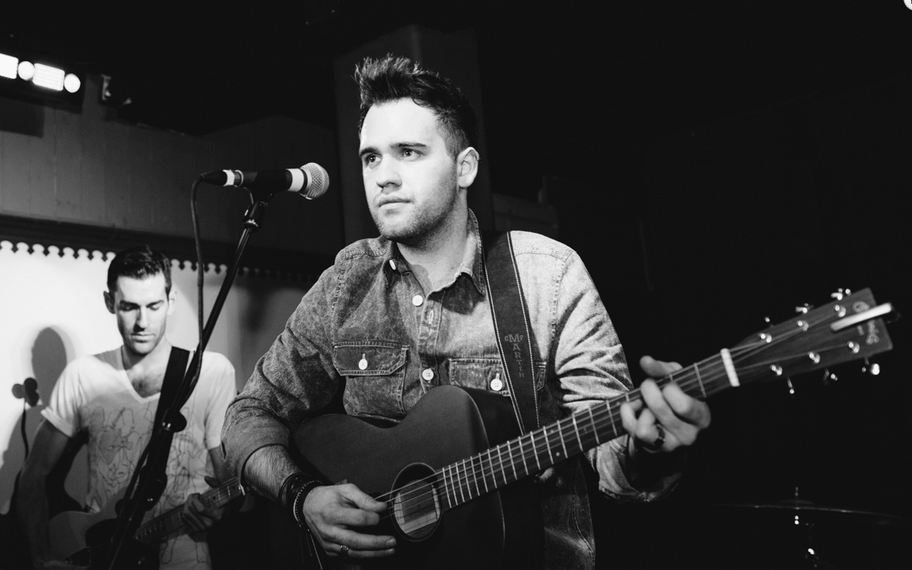 Friday 14h00 – 15h00
A “Songwriting Guru” live from the Institute in London will be video conferencing with attendees of the Route 40 festival. Jonathan has worked with artists such as Bruno Mars, Ed Sheeran and Lilly Allan. The opportunity to tap into his song writing prowess is un-paralleled.

“How can I follow a faith that tells me I need to be saved? Why would I watch the TV when I know it’s got nothing to say?” So opens young British singer, songwriter and producer Jonathan Whiskerd on ‘Blind Belief’. The track – a stirring and huge-sounding slice of emotional songwriting – is a strikingly assured debut from Whiskerd’s forthcoming co-produced debut album, due for release in September 2014.

Whiskerd – the unusual surname derives from the old Norse words for “wise” and “brave” – describes his forthcoming album as “a series of conversations people might be interested in eavesdropping on”. Working closely with producer Bruce Hughes, Whiskerd recorded the album in Austin, Texas, just a few weeks after the end of a turbulent five-year relationship. “It had been a huge part of my life and the idea of recording in a place where no one knew anything about me had massive appeal”, says Whiskerd. “It meant I could really focus on it and immerse myself in the process of making a record 14-hours a day, six days a week. Emotionally, I was in a very dark place and I think that helped.”

Born in the UK, Whiskerd spent much of his childhood in Austria. Influenced by his mother’s love of Joni Mitchell, he taught himself the guitar at school and performed in a series of bands. After graduating from university in Bristol, came two years of busking and playing covers on the pub and club circuit that almost put him off music. “It was a very lonely life and very unrewarding playing other people’s songs.”

In 2007, Whiskerd moved to London, embarked on a new relationship, and began writing the songs that would become Blind Belief. “My biggest inspiration is Guy Garvey of Elbow for the way he blends a conversational style with such beautiful craft. His songs show me how you can make an emotional connection with somebody by painting pictures in their head, using just a few words.” Though there is a trace of Garvey’s influence, there is a narrative depth, vocal purity and emotional resonance that make Whiskerd stand apart. Lyrically, whilst it is a record largely inspired by relationships, the stories themselves are told from different vantages points and sides.

‘Blind Belief’, is a song “about the ‘closed shop’ set of beliefs that religion tries to impose on us and about finding comfort instead in the people close to you.” Opening a window to Whiskerd’s heart and mind, the song is the first glimpse of what’s to come across the album – driving rhythms, proper choruses and an immediate sound. “I think there is such beauty in simplicity. When I write songs, I want the listener to understand and connect with them as quickly as possible.”

You can be the first one to leave a comment.