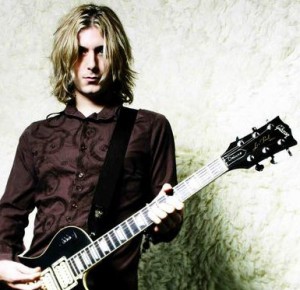 Carl Restivo is continuing his relationship with the festival for a second year in a row, this time via the big screen. Carl, a multi-instrumentalist, has accompanied Rihanna on worldwide tours and performs live with Tom Morello. His intimate insight into the current music industry in the USA will prove to be invaluable for local musicians wanting to break into that market.

Check Out his Site: http://www.carlrestivo.com/

As a producer/writer/arranger, Restivo’s skills with multiple instruments and genres have led to some of his most significant professional accomplishments. Restivo co-wrote a song with Perry Farrell called “Go All The Way (Into The Twilight)” that was released on the Twilight soundtrack. He also co-wrote and co-produced “Holla” from the soundtrack of the film Grandma’s Boy, and as an artist released “Hip-Hop in the Morning”, “Jersey Girl”, and “Never Enough” on the Rock the Paint soundtrack.

Working hand-in-hand with Wyclef Jean of The Fugees, Restivo had a special creative influence in helping to develop and record Jean’s 2003 The Preacher’s Son album. Restivo and Jean co-wrote the song “Linda” for the record and Restivo was one of the featured artists, an honor he shared with the likes of Carlos Santana, Missy Elliott, Redman, and other major artists.

As a guest artist, Restivo has contributed as a lead guitarist and vocalist with not only Wyclef Jean, but with The Ed Palermo Big Band, and as a bassist and background vocalist with Extreme

In January 2006, Carl moved from New York to Los Angeles to follow his music dream while at the same time helping young rockers along the way by accepting the Music Director position of the new Paul Green School of Rock in Hollywood, California at the request of Paul Green himself. “I love working with kids and inspiring them to get all the way into music at a young age”, Restivo said. He left the School in 2010, and co-founded The Rock School Scholarship Fund with film producer Wendy Winks, a 501(c)3 charity to pay full or partial tuition for financially needy students at any qualifying rock music oriented school in the United States.